Just like other mood changes like happiness, joy, sadness, etc, depression is a mood. But in addition to depression being a mood, it is an extreme abnormal mood change, abnormal in the sense that it resists the cushioning effects of such other external factors that should normally restore normalcy.

For example, you are lying sadly in your house because you do not have much money to execute some of your plans/desires, and there is no place for you to get the money you desire at such time. But then, your mood at that moment is determined by the external factor of insufficient funds to carry out your plans. However, what would happen if I give you a whopping sum that far overshadows all your wants at that particular instance? You are right, you should feel better. Wasn’t that what you thought?

However, in depression, the individual or the patient (because depression is a medical condition) remains in a low state irrespective of the nature of the external factors around him/her. Before we fully hear the experiences of certain people who have been chronically depressed at some point, would it not be fair to look at some possible triggers of depression?

For uncertain reasons, depression is more in white communities than in blacks. Possible, yet unconfirmed explanations could include the following:

ADVERTISEMENT
Advertisement
Advertisement
Different theories have been postulated as to what causes depression. One popular assertion is that depression has a neurological basis in which there is an imbalance in certain neurotransmitters like dopamine and serotonin in the brain. In light of this, the following causes of and predispositions to depression have been identified:
In the next session after a brief explanation of these causes above, we shall see how exactly depression feels like from the perspectives of different people who have been diagnosed with it.
Genetics: Researchers have learned much about the biology of depression. They have identified genes that make individuals more vulnerable to low moods and influence how an individual responds to drug therapy.
Trauma – Emotional, physical or psychological: Emotional trauma is one common trigger for depression, especially in those that are already predisposed or vulnerable.
Advertisement
Advertisement
Medical conditions: Some medical conditions can predispose to depression, especially those that affect the brain and the neurotransmitters of the brain.
Chronic illness: Illnesses that have stayed longer than 4 weeks without any hope of achieving their cure soon enough can lead to pushing one who is predisposed to having depression into full-blown depression.

Drugs and drug abuse: Certain drugs can alter the neurotransmitter level of the brain and can cause depression. Also, drug abuse has been linked to a high incidence of clinical depression among many people.

I stumbled across a question on Reddit when someone asked about what depression feels like. See the screenshot below:

The person who asked the question stated that he was curious to find out what the day-to-day feelings of someone who has had any level of depression are, what they think and the mental processes that go on in their head.

He included the following edits in the question;

Edit 1: Here are some questions:

Edit 2: I really am reading through all the replies. I’ve never really experienced depression and the mindset described is horrible and fascinating – the closest I’ve come to how much people seem to relay depression is when I’m severely sleep-deprived and everything is covered in a slow dark fog.

Edit 3: Not sure why this has a pretty high amount of downvotes (23%)… I’m glad this is getting attention because I feel a lot of people, myself included, don’t really understand and thus have no frame of reference to empathize with our friends and family who suffer from depression.

Below were some responses from real people who have experienced depression or were currently diagnosed with depression at that time.

Disinterestedness In Things You Once Loved

Reddit: What Does Depression Feel Like?
Lack of interest in things you once loved is one clear sign of depression. Even though it can happen to non-depressed people at some point, in depressed people, it can often go beyond bounds. This lack of interestedness was clearly expressed using different variants like;

“I thought about watching a movie tonight, but it was too much work”.

Wishing Never To Have Existed

What Does Depression Feel Like?
Depressed individuals have the feeling that they are a burden to their family and those around them. It just feels like you are worthless and should not have ever existed. But you think about the pain and grief you would cause your loved ones if you decide to end it. Here are some words of the people who responded to that post;

“I don’t necessarily want to die. I just want to have never existed”,

“This is me. I don’t want to die and hurt my siblings. I feel like it would be easier for everyone if I just was never born”,
“…until I noticed myself wishing that nothing loved me so I wouldn’t feel obligated to keep existing”, “This exactly. I’ve been suicidal before but honestly that doesn’t hurt as much as the part where I wish I was just never born”,
“Yeah, just… You nailed it. If it wasn’t a primal instinct to pack up and keep driving until I ran out of gas and money, it was an overwhelming desire to stop existing”.

Suicide and suicidal ideation has been linked to depression in many ways but from the responses so far in the Reddit poll, suicide seems not to be all that common. Well, maybe the thoughts would come and the desire to end your life would come but more than 95% of the depression patients/individuals who responded to the Reddit question stated that they do not want to hurt their family by taking their lives.
That goes on to mean that if their family and loved ones weren’t in the picture, they would easily take their life without any hesitation. Now, does that mean those depression patients who take their life or seek to take their life do not have functional families around them?
This assumption may be true, because, come on! The whole stuff becomes easier when you have a family that loves you and wants to be there for you. But on the other hand, a depressed individual may still opt-in for suicide if they think that will lessen the burden on the family.

Reddit: What Does Depression Feel Like?
Why do you even want to do anything at all when you already perceive yourself as not worth existing? Motivation levels drop to near zero or below zero in depressed individuals. This can be one of the very first signs in depressed individuals and the responses of the Redditters in the question confirmed it. See below;

“I call it the low.
It’s like dragging yourself through calve deep mud with no energy; you can move forward, but the effort just seems more and more taxing until you just want to sit down and stop walking. Then, you wallow”.

Then another person replied:

“Jesus, this is eerily accurate. Except the mud feels like quicksand but you want to give in anyway”.

This may not be so obvious in individuals who are naturally introverted. Many depressed people have noted that they just want to be left alone when they are in their depressive moods. You just lock yourself in your closet, turn off the lights and any music or sound that may come your way. Then you stare blandly into the black blank space right in front of you. It is one typical way depression feels.

Hopelessness/Refusal of Any Help to Come Out of That State

When you are depressed, you just find yourself doing everything you can not be helped. You are overwhelmed by pain, guilt, frustration or disappointment that you just don’t want anyone to help you out of it. Depression does not give any blissful feeling that may want to force you to remain in that state but for certain reasons, some of which I have described above, you just don’t want anyone to cheer you up or help you out of the situation. Here is what someone’s response was:

“The worst part is that it’s a very “alone” feeling, something you have selfishly, like your hoarding it. Two depressed people sitting right next to each other will each feel a low of their own, convinced the other couldn’t possibly understand it”.

What To Do When You Are Depressed or Have Depression

It will make no sense to fully describe what depression feels like, from the perspectives of various people who have experienced it, without making a note about what you can do when you feel depressed or when you have depression. There is a difference between being depressed and having depression. Depression is a clinically diagnosable disease entity that is characterised by periods of prolonged, or uncontrollable symptoms of a depressed person.
At some points in everyone life, we get depressed due to certain circumstances around us, but this is not enough criteria to make the diagnosis of clinical depression.
Someone in the Reddit thread who also suffered from depression was nice enough to recommend that if you are experiencing feelings of depression, you should seek help. In his own words;

“And to all the depressed people in this thread, please seek help. I dreaded it, but it was worth it thousand times over. I know it seems like bullshit right now, but depression can be treated”

No matter how much resistance you feel when you try to seek help, you should do your best to go for it. Depression makes it obvious to you and everyone that you cannot help yourself. Therefore, you must seek someone who can help you. Sometimes, speaking to someone about what you feel may help reduce the symptoms. Listening to some elevating music, messages or talking with a therapist/counsellor may be very necessary.
However, when you have tried all these without any help, you must quickly seek the doctor for medical help.
In summary, here are the things you should do when you feel depressed:
References
– What causes depression? – Harvard Health
– Causes of Depression: Genetics, Illness, Abuse, and More (webmd.com)
– [Serious] What does depression feel like? : AskReddit
ShareTweetPin
Previous Post

Reasons To Stop Being In The Survival Mode 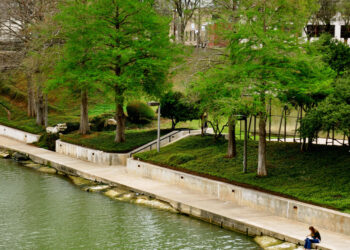 Reasons To Stop Being In The Survival Mode

How To Control Your Sexual Urges - Comprehensive Approach