by Prosper Yole
Reading Time: 7 mins read
A A
0
109
VIEWS
Share on FacebookShare on TwitterShare on Whatsapp
Communication between two people

Communication is enabled by language and speech, but it greatly transcends beyond just speech. Little organisms that do not have the facility of speech still communicate and even sophisticated humans with well-developed organs of speech and sound still do some non-verbal, non-vocal communication majority of the time.

This can occur even when they are constantly talking with each other. Recall, communication is beyond the words.
That is to say, there is something more required for effective relationship and I am going to spill that shortly.

Communication Breakdown Over The Phone

Over the phone, we call this a break in transmission and commonly, there are some connectivity issues. But even with functional phone connectivity, communication and understanding of the principles of communication are essential for passing the message out within the shortest possible time.
There is still one major ingredient of communication that I promised to spill out soon and that is listening.

Listening Is The Foundation Of Effective Communication

Effective communication is based on effective listening. Effective listening ensures the proper cyclical flow of information between two or more people. Listening ensures that you understand the viewpoint of the other person and communicate accordingly.
By listening actively, you can actually send more than a thousand messages more effectively than if you were to say them with your mouth only.
Whenever there is a deficiency of understanding in one or more parties, the discussion becomes just a session of blabbering non-comprehensible sounds. This can be avoided by listening more actively.

Body gestures and facial expressions are also very effective tools for good communication and their importance cannot be overestimated in any setting.

Communication breakdown may also occur in a public speech if the speaker does not employ the basic principles of communication. Listening and getting feedbacks are very key tools that must be employed for effective public communication.

Watching out for the response of the audience can send a great variety of signals from attention, to distraction, to tiredness, to worry, to confusion and so many others.
Hence, you must always watch out for the physical and psychological feedbacks of your listeners to be able to convey your message appropriately.

One other major thing about active listening is that your listener or the other side of the conversation feels more inclined to getting more from the conversation when they realise that their opinion, response or reactions matters to you.

Let’s borrow a leaf from the story of lovely friends who desired and worked towards more intimacy than they already have. Peter was a young, handsome and committed man in his late twenties, 27 precisely. He was so keenly interested in Mary Jane, a beautiful young lady of 24.
Mary Jane was naturally full of charms that lured and enchanted young men that beheld her. Just of average height, with full black hair running from her beautifully shaped hairline on her forehead, down to the back of her head and finally resting on her shoulders. She was that beautiful.
But then, the hanging hair was only surrounding an island of beautifully arranged features separated by indistinct boundaries but clear enough to show the demarcation; her both eyes, glittering radiantly as if she was an angel from the stars.

It has always been an unfruitful attempt to get her, for she claimed that she knew her worth. But here comes Peter. Just good enough to be his king in her dynasty of beauty. Peter was a little darker than her but taller and more rigidly built.
He was just tall enough to see the scalp of Mary Jane when they are both standing. And for some reasons unknown to all of us, she loved that too. But the first day barely passed before they became lost in the tunnel of love, dreaming and thinking about each other. And soon enough, their first names were no longer as unfriendly anymore. Peter would not call her any other name than MJ with the accent of a king calling his queen.
They talked on the phone for long hours, had close discussions, expressed how much they loved each other and every time together was fun indeed.

Few months rolled by, but now things were not the same again.

An imaginary distance was being created between them as each day passed by. But they still had their close calls, they still spent time together (although less frequently than they previously did). The gap became gradually more visible and eventually, their beautiful union disintegrated.

But that wasn’t all. They met a few years afterwards and guess what happened then?

Talking Does Not Always Equate Communication

The Importance Of Communication

The impact of poor communication can be readily seen in a relationship between a man and a woman, either preparing for marriage or already married and living together.
Several criteria have often being used including an adequate number of routine conversations in close proximity and/or phone discussions. But like I mentioned before, it is something more than just talking on the phone. There has to be a connection and this is made possible when both parties are willing to actually listen more than they speak.

Then, for the last time, if you’d ask what communication is all about, I’d say again that it is about expressing yourself, about voicing out your feelings in ways that send the right message to whoever you want to send them to. 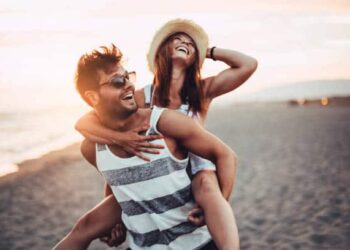