by Prosper Yole
Reading Time: 8 mins read
A A
0
108
VIEWS
Share on FacebookShare on TwitterShare on Whatsapp

Going through zodiac compatibility tests can be so pleasing to your reading. You have a partner who you are really affectionate about and you use any opportunity to check out how compatible you are with them in the relationship.

Compatibility tests can be so reassuring. You would often get many sweet remarks about you and your partner and maybe a few downsides. Why is it often so?

Relationship compatibility is way beyond what many of us think. It is beyond just some physical or biological or even zodiac compatibility. Sure, these may play some role in how suited you will be to your partner or in the likelihood that your relationship is going to eventually end up in marriage but the eventual compatibility result is not something that is absolutely subject to these.

According to the study, Compatibility and the Development of Premarital Relationships done by Renate M. Houts, Elliot Robins and Ted L. Huston in 1996 to establish the relationship between social homogamy (similarities of social characteristics) and the dynamics of premarital relationships. The social characteristics explored include leisure activities (sports, exercise, outings, television) and role performance (housekeeping, repairs and outdoor keeping). These were used as predictors of compatibility among married couples.

Results from the study suggested that more similarities in social characteristics and preferences correlated with a better matching between partners, the more love they receive during courtship and more motivation to continue the relationship and develop more commitment.

The only caveat is, no matter the level of relationship compatibility of two partners in a relationship, no two people can be perfectly compatible, not even up an eighty percent is generally obtainable. So then, what happens next? Should you stay single forever or divorce every year because you could not find someone a hundred percent compatible with you?

Compatibility testing models are most often used when a partner contemplates whether to escalate the relationship, terminate it or allow it to wither away. Some people even consider these compatibility tests as useful guides to decide who to even give a chance for a relationship right from the start. Because of these, zodiac signs have become increasingly popular among relationship enthusiasts and unmarried partners.

A study published in 2020 by Jonas Helgertz and Kirk Scott in the Journal of Population Sciences about how valid zodiac signs (astrological signs) are in predicting marriage compatibility and divorce, established that recent statistics from many countries indicate an increasing number of people who believe in horoscopes/astrology as been scientifically provable in the UK.

Another survey by the National Science Board in 2014, highlighted that over 42% of Americans in 2012 claimed that astrology is either “sort of scientific” or “very scientific”. This further lent credibility to the use of the zodiac as a testing tool for relationship compatibility.

Compatibility Types That May Affect Relationships

Relationship compatibility refers to the quality of mutual understanding, personality congruence, social suitability and acceptance of each other’s philosophy and life goals, as well as the pleasant feeling of being around each other without a need to be with someone else.

How do you know you are compatible with someone? This is often a simple straightforward answer because many people who agree that they are compatible with their partner think so because they observe how well they flow with each other in the relationship. Conversations flow easily and interestingly, and conflicts are resolved without any need for a breakup.

But as true as that may be, relationship compatibility is not always a natural quality and would sometimes require that you develop some aspect of your life to be better suited for your partner.

Based on these, several types of relationship compatibility exist and these include the following.

I talked about these types of relationship compatibility in this article here.

There are certain obvious facts about relationship compatibility that I think you should know. Here are they.

1. Aside From Yourself, you Cannot be Perfectly Compatible Anyone Else

You often hear people talk about how they instantly clicked from the first moment they met their better half. This is what we termed love at first sight and there has been some serious talk about it here. Relationship compatibility entails that you share some interests and values with your partner but this does not relate to a hundred percent similarity.

What we call good compatibility is a similarity index of about seventy percent. Even if you are about sixty percent compatible with your partner, it can still be adequate considering that your core values have been mutually accounted for.

2. Disputes and Disagreements are not Signs of Incompatibility

Most people think that conflicts are signs of incompatibility and would flee at the sight of any. Having considered that no two people can be perfectly (hundred percent) perfect, it becomes clear why disputes and disagreements can sometimes show up even in the most blissful relationships.

There are many red-flag signs that can signal the end of any relationship but minor disputes, or even major ones should not be the only reasons why you do so. Many relationships have ended prematurely even when the partners had a good level of compatibility with each other.

3. Relationship Compatibility can be Developed or Acquired

It’s not every time you meet someone new that you immediately fall in love with them and flow so easily with them. With mutual understanding, compatibility can be acquired such that even the farthest strangers can become best of friends with time.

4. Compatibility is not Love and Vice Versa

You can be compatible with someone and not be interested in them for a romantic relationship, otherwise, you would get married to everyone you flow well with. People often have the misconception that love at first sight or some form of easy compatibility should naturally flow into a romantic relationship but that is not always the case.

5. Sexual Attraction is not the Most Important Form of Compatibility

When people meet a potential partner for the first time, one of the first things they try to establish is what we commonly call “chemistry”. Chemistry in this regard is a form of attraction that conveys some sexual interests between the two individuals. But as far as compatibility is concerned, sexual desire and attachment is not the most important attribute, even though it is very important.

6. Openness is Key to Unlocking Compatibility with your Partner

If you really want to know how compatible you are with your partner, you have to stay open, true and genuine. Many people pretend to be compatible with someone by hiding their true nature but this won’t last for so long. When you open up your true self for your partner, it is then they can appreciate you for who you are and possibly make some adjustments so that you can fit into their life.

Compatibility can be developed and this depends on the level of commitment of the partners to the relationship, after having established that the most important values, beliefs and other similar forms of compatibility are mutually shared by both of them.

These bring me to the last and most important fact about relationship compatibility.

The Most Important Fact About Relationship Compatibility

The import of this is that, instead of running away at the sight of the slightest sign of incompatibility, learn to walk your way through to modifying those elements of incompatibility, when you have over time determine that the person is compatible with you in some of your major/core values.

According to the study I cited earlier conducted by Jonas Helgertz and Kirk Scott, couples were grouped on the basis of their individual Zodiac signs into “favourable matches” or more likely to stay married, and “unfavourable matches” or more likely to divorce. From the study, 144 unique Zodiac combinations could be obtained and out of these 38 are considered to be “good”, with the remaining 106 classified as “less good”.

However, the actual number of matches that were classified as “good” or “favourable” is lower than what chance would predict based on the population studied. What this means is that some of the matches that were classified as “less good” would eventually turn out to be favourable, resulting in an overrepresentation of unions belonging to zodiac sign combinations that are considered to be less favourable.

According to one classification used in the study, it was suggested that more compatible couples experience a lower risk of divorce. This classification categorises unions into three groups; “favourable”, “not favourable” and “great” matches. The great matches and favourable matches only experience a 1.6% decrease in divorce rates but there was also a similar decrease in divorce rate among the “not favourable” group. Thus, this prediction was nullified and considered insignificant.

Several indices were used to describe the non-correlation between zodiac compatibility and success of any union and these all point to yet one fact – that there is more to relationship compatibility than zodiac or other similar tests of compatibility. And this entity that is more than the tests combined or even human judgments is what I would call “commitment”.

Commitment is the highest form of compatibility. Although it may be related to how much of the social characteristics the partners share with each other, commitment is often a deliberate effort to stay with your partner no matter what stands in the way. It reflects your ability to overlook some subtle flaws and incompatibility of your partner and work out ways to make it work.

It does not mean there should not be a limit to what you can take in a relationship. In fact, your boundaries should be well set but if you are truly committed to someone or want to be, you must ensure that these boundaries are not some feather-weight fetters that any little thing can easily surpass.

Compatibility is great but the commitment to get even more compatible with your partner is even greater. We explored some predictors of relationship compatibility. We also saw some types of compatibility and important facts about compatibility but once you have determined that you can be with someone, no matter the level of compatibility you share with such a person, the next thing to do is to willfully determine to commit to the relationship and make it work. 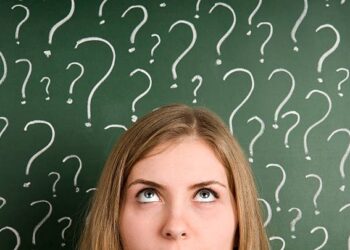