The reason why Google shows black women for "happy white women" may be far from what you imagined.

by Prosper Yole
Reading Time: 3 mins read
A A
0
143
VIEWS
Share on FacebookShare on TwitterShare on Whatsapp

I stumbled across a little controversy on the internet that has been going on for a while now. Several internet users have reported that they see images of inter-racial couples when they search for the term “happy white women”. That triggered a few questions, “Does Google classify white women as black?”, or “Is Google trying to create racial unity?”

In that regard, I decided to hit the search for the contrasting keywords, “happy black women” and guess what I found. All the images that popped up in the search contained only black women, no mixtures, and no inter-racial couples as shown below.

Furthermore, several users have noticed something different when they search for similar keywords on Bing, Google’s search engine contender. A bing search for “happy white women” shows a mosaic of beautifully only-white women smiling glamorously, but what do you think I found for “happy black women” on Bing’s search? Of course, it was a beautiful pallete of breath-taking black women. Why then does Google’s search show unexpected results for happy black women?

What Could The Search Results Mean?

Though the search results for the key terms “happy white women” sparked some racial reactions on the internet at some point, several optimists tried to reason out the rationale behind the search results. Is is possible that Google was deliberate about the results? We are aware of the periodic changes in Google’s algorithms, and what if the algorithm have misinterpreted something somewhere?

Over time, Google’s algorithm has become so smart to not only display results that matches the search keywords but also fine tune the results to the most relevant and appropriate data. The outcome of this is the new concept of “search intent”, where Google tries to analyse the intent or intention of the keywords before displaying them. Of course, these happen within a split second.

All global companies fiercely opposes racism, women and child abuse as well as political violence. It is therefore possible that Google’s algorithm has been developed to the point when it recognises the intent of “happy white women” search terms as racist, and therefore displays what it considers more appropriate. Whereas, this behaviour has been condemned by several others as being inherently racist, some of the search results displayed above supports an anti-racial and inter-racial unity movement.

The same question, “How come black people show up when I Google ‘happy white women’?” was asked on Quora and several replies trooped in as anticipated. Another user named Tom Thomson replied as follows;

“Google has a strong anti-White agenda. People try to claim it is just the “algorithm.” An algorithm is not pure artificial intelligence. It is basically just a crawler, and humans with their own agenda input what to look for. Most search engines are actually powered by Bing (such as DuckDuckGo), which does not have this strong anti-White agenda.”

Here is the screenshot;

The same user ended his answer by saying “They are trying to push an agenda. They hate White people. It’s OK to be White”. But after considering the anti-racial inscription on Google search for the same keywords that says “Say no to racism”, I could not agree fully well with that User. So, I did another search and found out that the same question has been answered on Google Websearch Forum on a similar topic and here are some actual reasons provided by Google Forum Experts.

1. Google algorithm may have interpreted the word “White” to mean the background color, and not the peson’s color; but interpreted the word “Black” to mean the person’s color.
2. Many of the image search results are from stock photo sites, and they categorize their content using themes (including sex, color, background color, etc) that may skew the actual search results. For example, the word “Happy” may have been used in countless images of both white and black women alike.
3. Google indexes the wording of websites as they appear, so its search results may mirror the societal prejudices that features in many of the websites, as they are used in real life. This may have affected how the algorithm interprets the search phrase.
4. In other words, Google’s automated algorithms are not immune from the same prejudices as the rest of society.

Say No To Racism

After the responses and analyses above, it became clear that racism is the primary reason why this is a thing of concern in the first place. Displaying black American women images on Google search instead of white women should not have been a thing in the first place. That’s to show to what extent racism has eaten into the heart of society. Say no to racism. The most unfair thing in the world today is being judged simply by the color of one’s skin in a way that socially, physically and emotionally affects them.
Let this be another reminder that we are one human irrespective of the color of our skins. We are simply one human population in different geography, terrains, and climes on the same planet.
ShareTweetSendSharePin 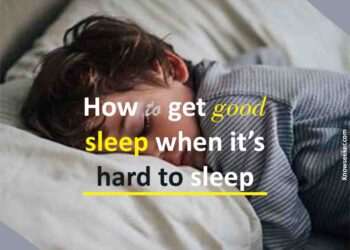 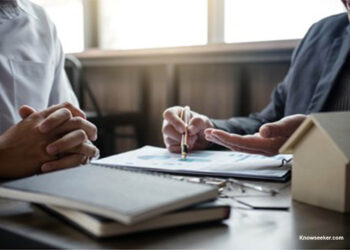 The Simplest Estate Planning Guide For You