Why Your Guy Is Too Slow To Propose For Marriage

by Prosper Yole
Reading Time: 4 mins read
A A
0
109
VIEWS
Share on FacebookShare on TwitterShare on Whatsapp

There are many reasons why a guy may delay taking the steps that will fast track his match towards fatherhood. Sometimes, he becomes really concerned about it. And many other times the ladies who have loved him become more concerned about their future and the odds they have been with him.

Over time, we have noticed a trend, a kind of stages of development of girls towards maturity. This classification is not intrinsic my relevant but I think it may be responsible for the behaviour of the men as they advance in age.
What are these stages of emotional development of the girl child from adolescence to adulthood?

Stages of Female Responsiveness To Advances

Generally, I will classify the stages bases on how receptive the girl child is to advances from the opposite partner. These are as follows:

These stages are often seen in any young woman, especially those who have chosen to handle their emotions mattes by themselves. A few ladies, however, have been able to modify their responsiveness based on wise counsels from parents and older colleagues.

This is common amongst young girls between the ages of 12-16 years. Just after puberty, young girls fully become aware that they are going to become full-blown women someday. They also become aware of the fact that others are watching them, including members of the opposite sex. They realize how beautiful they are becoming and they also understand the need to protect themselves maximally to attain a stable future with the right person.
However, they often get very over-protective of themselves. This is normal and should be encouraged at this age.

At this stage(between 17-22), they become more responsive but not significantly. Every attitude of unresponsiveness by the female folks is considered an attempt to protect their personal dignity and to ensure that only the worthy person stays in their lives. But this can often be considered as unnecessary by the men community, and they may even describe it as an act of pride.
Things are going to change shortly though. Especially when she remains unmarried or without a committed partner.

At this stage common in ages between 23-27 years, she begins to think her actions are the reason she is not yet settled. So she tries to open up and is handles advances more gently, she smiles more and is not overtly critical of the status of the suitors that come her way.

This is common in single ladies between the age of 28-31 years. By this time, she has become more open and receptive of advances from suitable suitors.

At these later stages, it becomes more obvious that ladies become worried about guys that are too slow to propose. They just want their man to say “will you?” but the guy is just not acting up to expectations. But why is he too slow to pop the question that matters?
Don’t forget that this was a guy who was very desperate for relationship and marriage when they were much younger too. Is it that the relationship is inverse, ladies become more interested and guys gradually lose interest with time?

Reasons He Is Slow To Propose For Marriage

I have one major explanation but I will just include other reasons as adjuncts. So let me go right on now.
Guys are more willing to go into a relationship and get committed to it when they are much younger. At the age of 23 years, an average number of guys can stay in a relationship with the expectations that it will end well in marriage. A fewer number of ladies will be so committed at this age. They can more easily call it quit when certain factors are altered.

As time goes on, guys begin to realise what the ladies have been doing all along. They realise that ladies pitch their nets within very wide diameters to choose from the catch. Oh-oh! That’s the game, right?
And coincidentally, at this time, the tides seem to be turning in their favour. They seem to be having more serious women coming their way by this time.
Then, the same issue that the young women faced now come to their doorstep. Confused about who he will finally choose to settle with. At this point, he is more polygamous at heart.
In simple terms, your guy is too slow to propose for marriage because he is trying to be careful deciding from the pool of beautiful and responsive ladies around him.

Everyone is trying to be careful, the ladies, the guys equally are. So the premise for saying that he is too slow proposing is almost nullified by this post and that expression should be modified or totally extruded.

Other reasons why he seems to be too slow would include but not limited to the following;
1. He may be thinking that he is not ready for the responsibilities of marriage and fatherhood.
2. He may desire to pursue his career to his own set goals before marrying.
3. He may not be financially ready to take care of you yet.

Whereas no one is to be entirely blamed for the emotional actions of members of the opposite sex, you must learn to accept things the way they are. The guys should learn to put up with the unresponsiveness of the young beautiful ladies, and the ladies should not become upset at the slowness of the guys to propose. 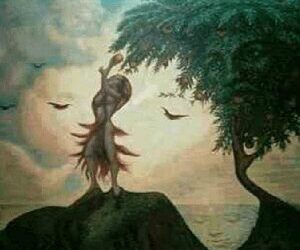